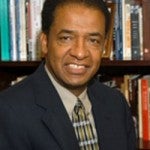 Dr. Cleveland Sellers is president of Voorhees College in Denmark, South Carolina.  Formally Dr. Sellers was director of the African-American Studies Program at the University of South Carolina. He also taught in the Department of History and the African-American Studies Program. Dr. Sellers became involved with the Student Nonviolent Coordination Committee (SNCC) in the early 1960’s and in 1965 became the SNCC program director. On February 8, 1968 what was to be a peaceful protest turned to a violent confrontation when the state police fired into the crowd of protestors on the South Carolina State University campus. Three young men died and 27 were wounded. The incident later became known as the “Orangeburg Massacre.” In the aftermath of the “massacre,” Sellers was arrested, termed an “outsider black power agitator,” convicted, and spent seven months behind bars on rioting charges.  Twenty-five years after he was released, he received an official pardon.
The author of six publications: “Preface, Cameraman Man’s Journey” (2002); “Freedom is a Constant Struggle: An Anthology of the Mississippi Civil Rights Movement” (1996); “River of No Return” (1990); “Education in Our Community” The Carolina Peacemaker (1987); “Why Historically Black Colleges Should Offer Courses in Gerontology and Geriatrics” Share (1974), Sellers has worked as a historian and consultant for several documentaries, including ESPN’s “Black Magic,” Tom Brokaw’s “1968,” College of Charleston’s Emmy award-winning, “Where Do We Go From Here,” and Blackside Production’s classic, “Eyes on the Prize.” 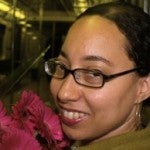 Dr. Murch’s scholarly interests include the urban history of California and New York; Civil Rights, Black Power and postwar social movements; history of policing and prisons; and the political economy of drugs.  For the next two years (2010-2012), she has is serving as the co-director of the Rutgers Center for Historical Analysis (RCHA) and for the Black Atlantic Lecture Series.  She is the author of Living for the City: Migration, Education, and the Rise of the Black Panther Party in Oakland, California, University of North Carolina Press, October 2010.  Currently, she is completing a new book on youth culture and underground economy.   This forthcoming work is a social and urban history of the “crack” epidemic of the 1980s and 1990s and the ways in which the “war on drugs” dismantled Black communities. 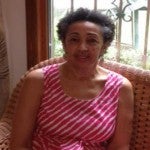 Dr. Millicent Brown is a Senior Research Fellow  and Associate Professor of History in the Department of History and Sociology at Claflin University (Orangeburg, SC)., and serves as Principal Investigator  for the “Somebody Had to Do It” Project.  She received her Bachelor of Arts Degree in History from the College of Charleston, a Master’s of Education from The Citadel and a Ph.D. in 20th Century U.S. History from Florida State University, but credits a transformative year as a Ph.D. student at Howard University for cementing her academic attachment to issues of race, gender and class struggle. She has held either faculty or staff positions at North Carolina A&T State University, Guilford College, Bennett College and the College of Charleston’s Avery Research Center for African American History and Culture.

Dr. Brown, a native Charlestonian, credits being born into an activist household in the mid twentieth century for her lifelong commitment to human justice and social change. Experiences as chief litigant in the case that desegregated South Carolina’s public schools in 1963, and years spent as a member of the Student Nonviolent Coordinating Committee. 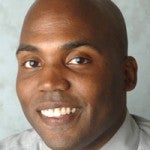 Dr. Williams is the author of Black Politics/White Power: Civil Rights Black Power and Black Panthers in New Haven andhe is the co-editor of In Search of the Black Panther Party: New Perspectives on a Revolutionary Movement and Liberated Territory: Toward a Local History of the Black Panther Party (Duke University, 2009.  Dr. Williams’ scholarly articles have appeared in The Black Scholar, The Journal of Black Studies, The Organization of American Historians Magazine of History, Delaware History, Pennsylvania History, and the Black History Bulletin.  His forthcoming work is a study of the death penalty as lynching in Delaware during the mid-twentieth century. 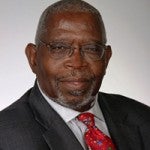 Dr. Blake is a Humanities Scholar in Residence at the Medical University of South Carolina and is an advisor to the University’s Humanities Committee and to the President and Provost on matters of cultural enrichment.

Blake served as the President of Tougaloo College until 1987; held positions at Swarthmore College; served as the Vice Chancellor at Indiana University; and served as the Director of African American Studies at Iowa State University. In 2002, Blake was named Iowa Professor of the Year and received an Honorary Degree from Indiana University. In addition to his career in education, Blake published several projects including Revolutionary Suicide, an autobiography of Huey P. Newton, which was the result of his research on black militants in urban areas.

Blake also researched many other topics; his work made him a leading authority on the Gullah culture. Additionally, Blake served as the Scholar in Residence and Director of the Sea Island Institute at the University of South Carolina, Beaufort, an institution whose primary focus is the study and promotion of Gullah Culture. 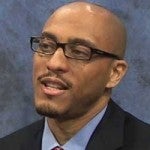 Dr. Hasan Kwame Jeffries is an associate professor at Ohio State University and an expert on Black Power and civil rights in the American South.   Professor Jeffries is the author of the newly released Bloody Lowndes: Civil Rights and Black Power in Alabama’s Black Belt (New York University Press, 2009). Bloody Lowndes tells the remarkable story of the local people and SNCC organizers who ushered in the Black Power era by transforming rural Lowndes County, Alabama from a citadel of violent white supremacy into the center of southern black militancy by creating the Lowndes County Freedom Organization (LCFO), an all-black, independent, political party that was also the original Black Panther Party. 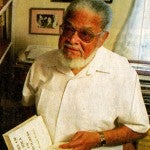 James Campbell was born in Charleston, South Carolina. He attended Voorhees Normal and Industrial School in Denmark, South Carolina.  Campbell was drafted into the Marine Corps and served during World War II. He graduated from Morgan State College in Baltimore, Maryland with a major in English and a minor in theatre in 1953. After graduation, Campbell taught elementary school in Baltimore and helped organize the Arena Players, the only continuously running black theatre company in the United States. During this time, Campbell became an active participant in the Civil Rights Movement.

In 1964, after relocating to New York City to teach, Campbell met Malcolm X, with whom he collaborated in creating the Organization of Afro-American Unity’s Liberation School. He became a teacher for the New York City public school system and, during the summer, traveled to Mississippi and Georgia to register voters for the Southern Christian Leadership Conference. Campbell took graduate courses at the City University of New York from 1960 to 1967 and attended the Bank Street College of Education, where he earned a master’s degree in Educational Administration and Supervision in 1972.

From 1970 to 1975, Campbell was a contributing editor to Freedomways, a quarterly journal devoted to African American arts and culture.  From 1973 to 1982, Campbell taught English in Tanzania, first in Bihawana and later at the International School in Dar es Salaam. After teaching for nine years in Tanzania, Campbell returned to New York City to work as a school administrator until his retirement in 1991.

After retirement, Campbell moved back to Charleston, South Carolina where, as of 2011, he remains active in local political and educational issues. Campbell has served as the state coordinator of the South Carolina Algebra Project, an advisory board member for the School of Education at the College of Charleston, and the chair of the Education Committee for the Charleston branch of National Association for the Advancement of Colored People (NAACP). He has served as the national co-chairman of the Committees of Correspondence for Democracy and Socialism and has led a socialist education project in Charleston.

Dr. White is the Board of Governors Professor of History and Women and Gender Studies at Rutgers University. She is the author of Ar’n’t I A Woman? Female Slaves in the Plantation South (1985 and 1999), the first gendered analysis of the institution of slavery. She is also the author of Too Heavy a Load: Black Women in Defense of Themselves, 1894-1994 (1999) and Let My People Go: African Americans, 1804-1860 (1996); a coauthor of several K-12 text books on U.S. history; and the editor of Telling Histories: Black Women in the Ivory Tower (2008), a collection of personal narratives written by African American women historians that chronicle the entry of black women into the historical profession and the development of the field of black women’s history. The incoming codirector of “Narratives of Power: New Articulations of Race, Gender, Sexuality, and Class,” a two-year seminar and conference project with the Rutgers Center for Historical Analysis, she is currently writing “Can’t We All Just Get Along? American Identity at the Turn of the Millennium.” 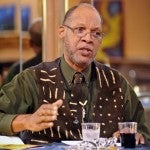 Osei Terry Chandler was born and raised in Brooklyn, New York.  He graduated from MacMurray College with a BA in Sociology College and from Webster University with a Masters in Counseling. Prior to leaving Brooklyn to move to Charleston, SC, Chandler was actively involved with THE EAST, and was a Headmaster at its influential African centered independent private school, Uhuru Sasa Shule.In 1980, Osei co-founded of the Ebony City Soccer Club and Youth Development Program (Charleston, SC), which provided an organized team soccer experience for youth ages 5-16.

Chandler was a principal in an arts collective, the Group for Integrated Studies, that brought the first live reggae concert to South Carolina. From that point forward, Chandler advanced the cause of Caribbean  “roots” music  in South Carolina.  He founded Roots Musik Karamu, the East Coast’s longest running Caribbean Music program (since 1979) and is its Executive Producer and Host.  For over 30 years, he was coordinator for reggae programs for the City of Charleston producing reggae block parties for the MOJA and Piccolo Spoleto festivals on the peninsula that attract 10,000 to 15,000 people each time.  Chandler has emceed shows at concert halls, nightclubs and dance halls. He produced and hosted a concert series at the King Street Palace that included such acts as Third World, Burning Spear, Steel Pulse, The Mighty Diamonds, Lucky Dube and Culture.

In 1997, Chandler co-founded the Charleston Remembrance Program, a ritual ceremony that remembers and pays tribute to the countless African’s who perished during the Middle Passage.

Chandler, the father of three, is widowed, having been married 40 years to the recently departed Saadeka Joyner-Chandler.